You are here:
Media PRNews 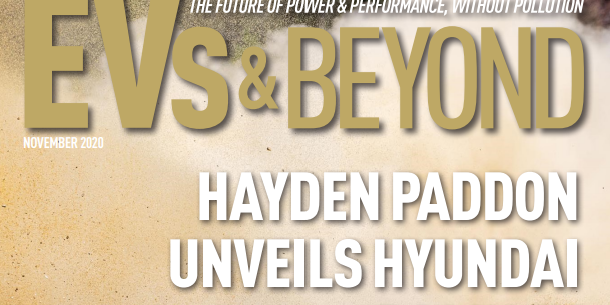 From p23 of EVs&Beyond Magazine

Taking on the challenge of building an electric vehicle from scratch, students from EVolocity’s nationwide School science technology engineering and mathematics (STEM) programme vied for the coveted title of Innovation in Engineering Excellence at the Auckland regional finals on November 8.

Against the backdrop of the RNZAF Base Auckland runway at Whenuapai, more than 70 Auckland students competed in a variety of events to showcase and test their electrical, computer and mechanical engineering designs as well as vehicle structure and use of sustainable materials.

Sponsors Bridgestone New Zealand and the University of Auckland’s electrical and mechanical engineering departments were treated to an eclectic array of EVs constructed by secondary school students.

The event attracted more than 250 competitors and spectators.

“Bridgestone sees great value in the EVolocity programme,” he adds. “It is more than just a sponsorship for us, it is an investment into the development of sustainable mobility for the future, and more importantly, the bright young minds that will create it.”

“It was fantastic to see the students supporting their peers. “EVolocity students have demonstrated resilience and determination this year and we are thrilled to see them celebrating their success at race day.”

Adding to the excitement, Kevin Harty of Evoke Motorcycles floored his Urban Classic down the Village Green to the tune of 116km/h in six seconds.

Guests enjoyed a tour of the base facilities by JW Group and Auckland Transport in their new Yutong E13 Electric Bus, one of the largest EVs in Australasia.

RNZAF’s Operation Tangata Kanorau programme which inspires younger children to learn about STEM was on display, providing an opportunity to get up close and hands on with an RNZAF training aircraft and its Schools to Skies learning team.

The high calibre of entries ensured a tight race for the top spots in the EVolocity main event, with Whangaparaoa College, Mahurangi College and Howick College the winners, taking out the Drag Race, Street Race and Economy Run events respectively.

Other EVolocity events, such as the national final initially planned in the Waikato later this month, have been impacted by COVID-19 pandemic restrictions, so organisers hope all next year’s events will run more smoothly.