You are here:
General 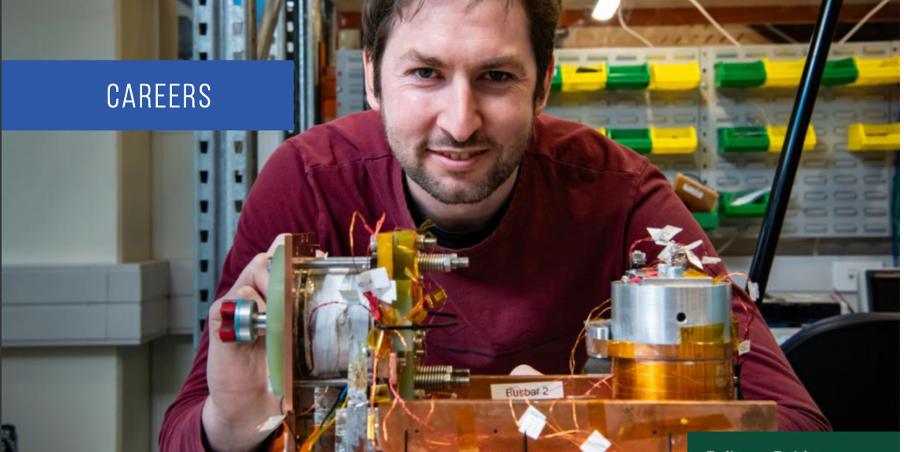 “I like building something and seeing it working,” says Master’s student Cameron Shellard, explaining why he’s chosen to complete his postgraduate degree through Te Herenga Waka – Victoria University of Wellington’s Paihau – Robinson Research Institute. The chance to do some hands-on building as well as working with software drew both Cameron and PhD candidate Kent Hamilton to the Robinson Institute, where they are working on different aspects of electric-powered aviation.

Cameron completed his Bachelor of Engineering in mechatronics at the University of Canterbury. “Mechatronics combines mechanical, electrical and software engineering, typically involving control systems,” says Cameron. “My Master’s project is on simulating the electrification of aircraft in a domestic New Zealand environment.”

“It’s small-scale but we can test different control schemes and motor setups without needing to build full-scale aircraft.”

The model Cameron is developing is based on aviation fuel, because almost no fully commercial electric aircraft of this size exist. “Once we can validate this model, then we can use it to investigate what would happen if the fuel-based motor was replaced with electric power.”

Kent’s PhD project looks at larger aircraft—as big as or bigger than a 737. It is a fully simulated aircraft on a computer. “I wrote software to simulate large electric aircraft flights to assess what the superconducting and cryogenic demands would be for those future aircraft,” he says. “I can’t verify the performance of the electric components, but Cameron’s work will address this by enabling the software to include real components when running a simulation.”

Kent left high school wanting to be an industrial designer but decided it wasn’t for him after a year of study. His lecturers had commented that his solutions to problems were more engineering-based than design-oriented. “No-one had suggested engineering to me at high school,” he says. “I explored what engineering involved, changed my degree and went to Auckland to study mechatronics.”

After graduating, Kent started working at Industrial Research, a predecessor of the Robinson Institute. “I got a job doing superconducting work. To get anywhere in that career I needed a Master’s or higher, so completed a Master’s of Engineering at the University of Canterbury.”

He worked for a robotics firm in the UK for several years then came back to the Robinson Institute on his return to New Zealand. “I had been looking for a PhD topic and found the work on electric vehicles interesting,” he says. “As a kid I had built balsawood planes and my grandfather was very interested in planes, so I was able to bring all this background together in my research topic.

“There’s a few steps between where we are now, working purely with aviation fuel, to fully electric aircraft, which will use superconducting technology,” says Kent. “What Cameron is building isn’t big enough to use a full cryogenic system but a lot of what he is doing will be beneficial for us in working towards very large aircraft.”

Kent will be checking the data from his simulated models against the motors and simulated powertrains being developed by Cameron. “We can use them to see if models are correct. When they are, we can look at using that data to build an actual aircraft. As well as getting a lot of useful data for local airlines to predict what their requirements are going to be.

“I recently had a paper rejected that was about designing an electric motor. But until you actually build it, it’s just theoretical. I’m glad the paper was rejected—it reinforced for me that building and proving the motor is the important part.”

The motor is currently being fabricated and will be assembled and run this year.

“What differentiates Robinson Research Institute from pure research organisations is that proving the practicality of these technologies is important,” says Kent. “You can actually build what you need to build here!”

This research is supported with funding from MBIE’s ‘High power electric motors for large-scale transport’ programme.
Check out our EVolocity programmes for secondary school students to get involved in electric vehicle design – Register Interest Here.