You are here:
Case Studies 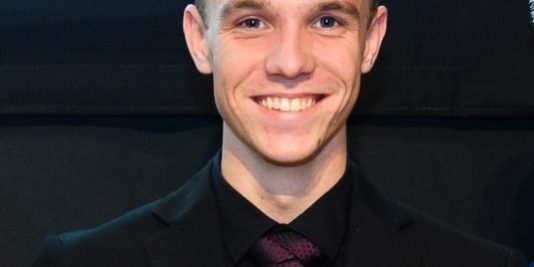 Niels Grosmann participated in EVolocity in 2017 and 2018 as a Henderson High School student. He tells us the most useful skill he learnt during EVolocity was how to develop ideas from your head into real world designs, guided by rapid prototyping and other methods. A skill he believes is very hard to learn from books.

“Being able to look at a problem and translate it into a viable solution is a skill which has helped me in almost every aspect of life. A fun example is in the 2018 EVolocity National competition. Our steering wheel fell off just before the start of the race. While this was cause for panic, I found a spare suspension upright, which I drilled a few holes into and fashioned it into a brand new steering wheel”.

We asked Niels what he would say to any future Evolocity participants.

He replied,“PLAN, PLAN, PLAN! As fun as a week-long work bender in your Grandad’s shed to get the cart done is, time management and execution to set timelines is one of the most important aspects. It can be the difference between a good cart, and a great one. I would recommend EVolocity to anyone who wants to get a taste of what engineering is like and to people looking to have fun and race others from across the country!“

Niels says he became interested in EVolocity through his teacher Mr Jeung who always came up with new fresh and fun events to take part in.

Its applications to fix problems presented in daily life. “Seeing that we could create almost anything we wanted with a bit of effort, got me started down the road in using tech to solve our problems as a modern society. Looking back, I would have never started down this route without EVolocity. And would not be living the dream as I’m now so lucky to be.”

In 2020 at age 19, he was given the amazing opportunity to be mentored by the CEO of ZURU. ZURU’s website states that it is a disruptive and award-winning company that designs, manufactures and markets innovative toys and consumer products. Inspired by kids and imaginative play, ZURU is one of the fastest growing toy companies in the world and is known for their agility, creativity and new-age manufacturing techniques. The company that started in New Zealand is now headquartered in HongKong. It employs more than 5,000 staff across 10 countries and distributes to retailers in over 120 countries.

In closing, Niels said “I hope to learn how successful entrepreneurs like the Mowbrays manage and build their businesses. I have already started two of my own companies. Volt Electrics, which is aimed at making Eco-Friendly Bikes. And Intura, a company which is aimed at 3D printing houses or parts of houses, in order to decrease build times. For people looking to sponsor EVolocity, I would say that for many students, EVolocity comes at a time when they are choosing what path to go down in they life. Associating themselves with the programme allows them front seat access to some of NZs best up and coming engineers“.