Save the planet with science—from New Zealand

You are here:
News 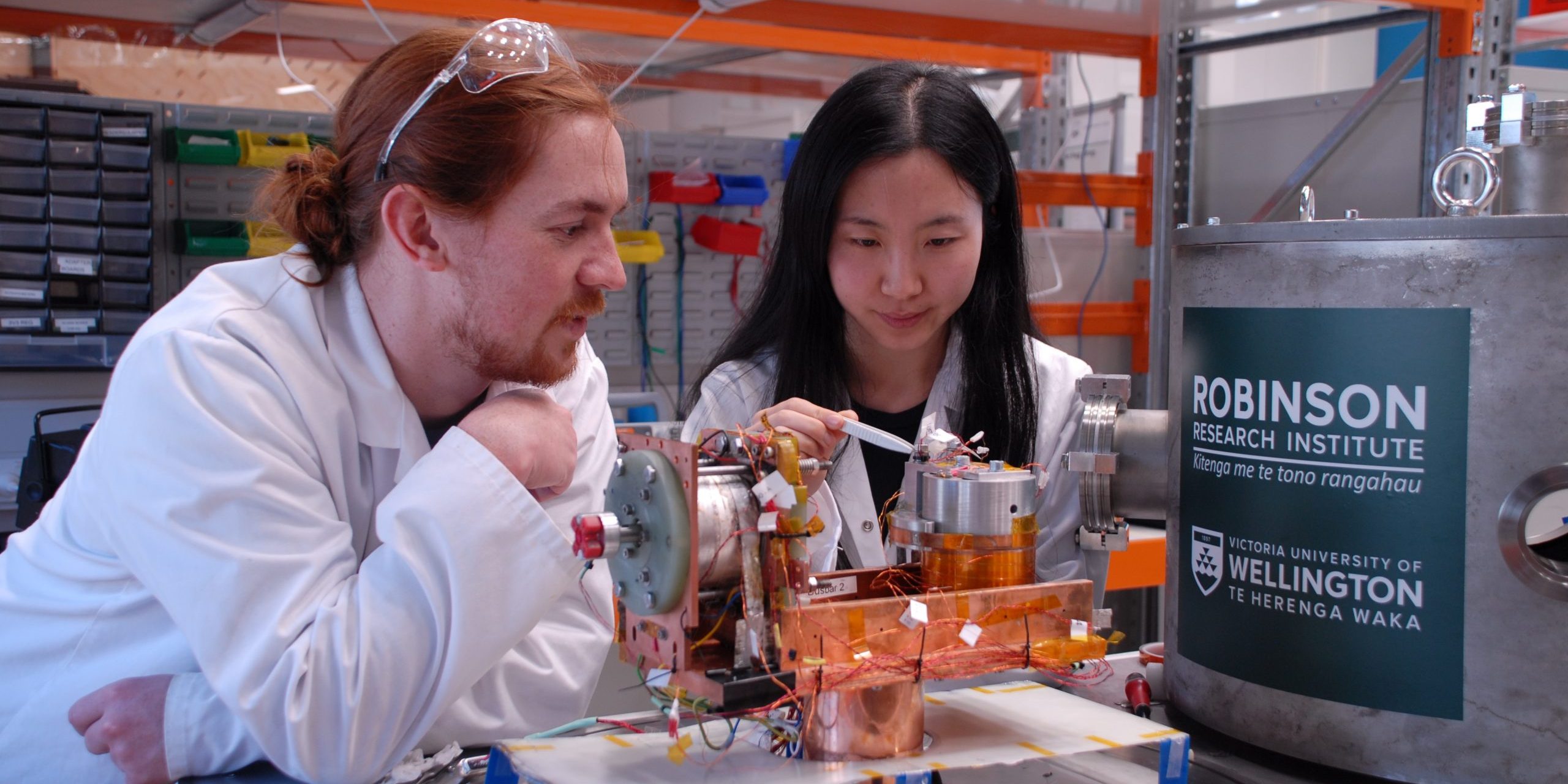 Exciting science doesn’t just happen in other countries. It’s being done in New Zealand, too. And you can get involved.

Researchers at the Robinson Research Institute at Victoria University of Wellington are leading a big programme of work to deal with one of the hardest problems facing the planet:

How can we make transportation climate-friendly?

You might think that electric vehicles are sorting out the problem of fossil fuels. But actually 96% of transportation energy currently comes from fossil fuels. Heavy lorries burn diesel; long-distance trains burn diesel; ships burn diesel; and planes burn aviation fuel, which is usually a blend of kerosene and synthetic fuel. The hardest problem to solve is aviation, since aviation fuel is both energy dense and very light—much lighter than the batteries needed to store energy for electric aircraft. That’s why the electric aircraft currently under development are all small planes—single-engine planes and executive jets.

So how do we stop using fossil fuels in transportation to cut our carbon emissions and slow down global warming?

Here’s where the Kiwi researchers come in. The engineers and scientists at the Robinson Research Institute are world leaders for their work on high-temperature superconductors—HTS for short. It’s a branch of applied physics that uses novel materials and magnets to generate energy and use energy efficiently for motors. Their science is currently being used all round the world and even in space. They are already working with aircraft manufacturers for electric aircraft and plan to work with Rocket Lab and NASA on using HTS to propel satellites.

Their new research programme has just won a multi-million-dollar grant by the New Zealand government under the Strategic Science Investment Fund—Advanced Energy Technology Platform. They are now getting ready to start work on some of the most ambitious and exciting research New Zealand has ever seen.

This is a national programme. It involves teams at Callaghan Innovation and AUT working on cryogenics (working with materials at very low temperatures, around 50 degrees Kelvin—that’s minus 220 degrees Celsius), and at the Universities of Auckland and Canterbury working on power electronics. The Robinson team at Victoria University’s Gracefield campus will handle the research on superconducting machines.

But it’s not all physics and engineering labs and white coats. The HTS-electric lorries, ships, trains, and planes will need skilled tradespeople to service and maintain them. Several polytechs will produce people with the specific skills needed for the technical jobs of the future – Ara Institute, Manukau Institute of Technology—and Canterbury University.

“We want to produce industry-ready engineers who are familiar with these new technologies. We are especially interested in attracting young women and young Māori into these new science and technical careers. We’ve already got some excellent Māori PhD researchers at Robinson. But we need more women, and we need more Māori! So if you’re interested and have the right NCEA subjects (maths plus physics or chemistry), we’d like to hear from you.”

These are exciting career opportunities, both in the new HTS automotive and aviation engineering sector, or in the physics and engineering research that will transform our future.

Ratu Mataira is one of the PhD researchers working on HTS at the Robinson Research Institute. He says:

“For me, success at high school came down to having the right role models. I was lucky because my Māori side had all my great role models. It was a lot of pressure. I know the research I’m doing would make my grandparents proud. It is always a privilege to have such role models; so if I can be a role model for other people, that would be awesome.”

It’s time for Kiwi ingenuity to save the planet!

Republished with permission from Robinson Research